We had the pressure somewhat on our last charter trip as the group is one of our best customers and you always want to produce top results when these folks are on board. They charter us for a whole week during striper season and they send their employees and clients to Cape May to fish with us and so we have been able to provide excellent fishing and this certainly was the case on yesterday’s trip.

We started off inshore jigging  and chunking just over the 30 line where we saw bait both on the surface and bottom but this only produced one Mahi so we picked up and ran out to the deep and started trolling. Our target on this trip was Big Eyes and Yellowfin primarily and our spread which produced so well last year on Big Eyes got in the water around 4:00 pm which is getting prime time for that late afternoon tuna bite we see so often especially after the boat traffic thins down as most of the day trip boats are now returning to port. We have developed our Big Eye spread through trial and error along with the advice from some of the very best captains we know on how to catch Big Eyes and it has paid off for us so often the last two seasons. The two we caught yesterday ate a naked select ballyhoo and a 3 oz. Joe Shute lure (crystal with a burgundy head) over a select ballyhoo. This is the exact lure we had so much success in past years when winter Giant Bluefin fishing down in Morehead City, NC. Just for some added information we troll between 5.4 and 5.8 kts when Big Eye fishing which is a little faster than we troll for Giant Bluefin Tuna but I know plenty of tuna are caught trolling faster as everyone has their personal preference on what works best for them.  After we caught our last Big Eye we turned to sword fishing, and chunking for Yellowfins with a sharp eye out for a Mako during the night but only saw one large Blue Shark all night. Not much happening on the night bite right now but one boat did catch a 175 lb. sword but that was the only fish we know of caught by the fleet at night. We tried trolling at daybreak for a while but decided we would do some tile fishing and work the pots for Mahi. There was a few Big Eyes, Yellowfins and bill fish caught in the morning but it was tough fishing for many with the large number of boats that showed up in the early am. Tile fishing turned out to be the right call for us and as they say in fishing “we left them biting” was exactly the case on this trip.  For the record, this was my first attempt ever at tile fishing, so maybe it’s beginners luck, but whatever it was, it worked!

We strongly suggest doing either a 24 or 30 hour overnight canyon trip and we have some great dates available still in August and September for those interested in doing some offshore fishing. If you are a single or small party we plan at least a few open boat trip in August but we have not picked any dates as of today since we base these make-up trips on when we do not have regular charters. 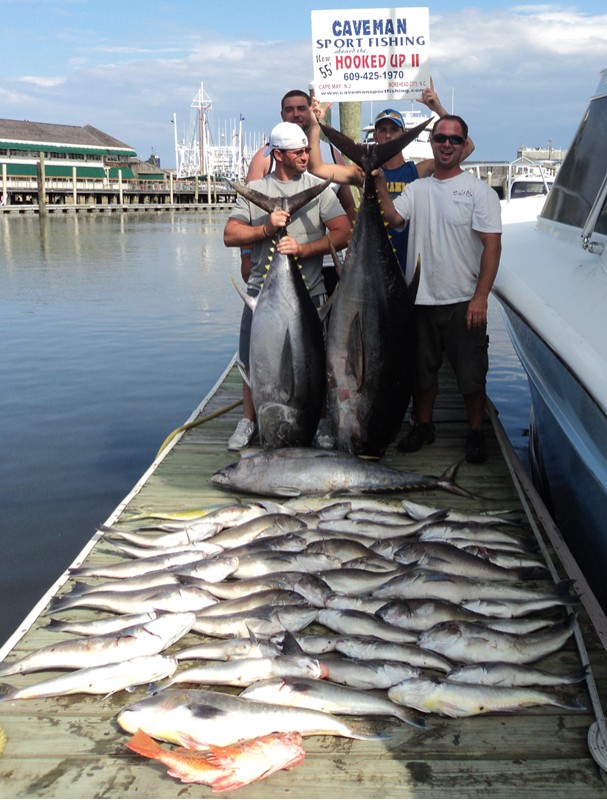 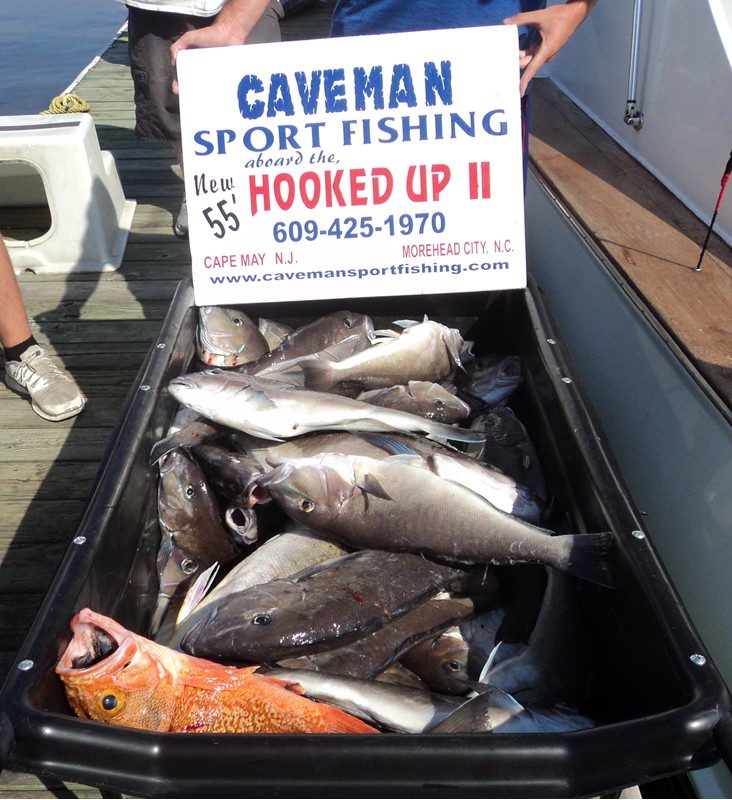 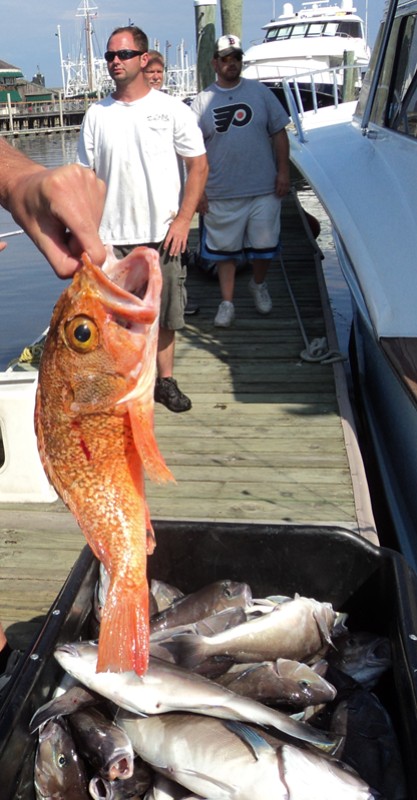